What does it take to build the perfect slot?
Will Mathieson our CPO and slots game guru speaks to the iGamingTimes about what it takes to make a perfect slot 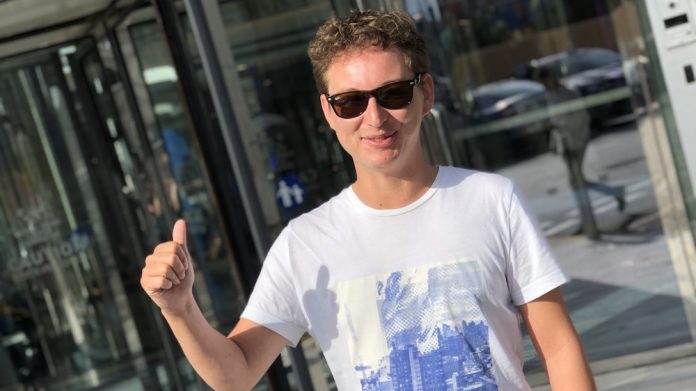 With some of the most popular online slots under his belt Will Mathieson is widely recognised as the greatest online game designer in the industry, but just what sets his titles apart from the rest? Now working as Chief Product Officer at Golden Rock Studios, and the man behind the launch of the studio’s latest success, Volatile Slot™, he explains the reason for the company’s “aggressive” 2020 roadmap, why volatility is key to player retention and what’s behind his magic touch…

You’re known as the man behind more blockbuster slots in the last seven years than anyone else in the industry, what’s your secret?

Sausage rolls and Champagne – only joking! I worked closely with multiple third party suppliers during my time at William Hill, where the most successful slots I worked on were Genie Jackpots, Centurion, Gorilla Go Wild, and Wish Upon A Jackpot. These games were all innovative in their own way, but I think the key elements that made them successful were multiple bonus features, frequent events and, most importantly, the ability to win big. Essentially, I think it all boils down to making an entertaining game that appeals to gamblers.

Golden Rock’s Volatile Slot™ offers up to 25,600 times a player’s stake, what aspect of your R&D made you choose to focus on big wins with this title?

The online market has been moving towards more volatile and higher win games over the last few years, I think Twitch and live streamers have helped spur this on further combined with the popularity of Bonanza and Megaways slots over the last 12-18 months. Players’ expectations of winning keep on rising. As much as I like Megaways’ games, I believe players are starting to get fatigue from them and are looking for something a little bit different but with the same high win potential.

With so many new games and re-skinned ideas being released, how does this new slot stand out from the crowd?

Volatile Slot™ is a gamblers game, with only 10 lines, it’s a simple slot with a lot of drama and big win potential. The game name itself helps to communicate to the player exactly what the slot is all about.

The industry is currently very focused on player retention, adaptability and asset management, why is this the right game for right now?

One of my favourite elements of Volatile Slot™is the minimum guarantee in the freespins bonus. We do not advertise or market this to the player, if they do not get more than 20 times their bet after the last spin, we will show a message to say ‘That’s not good enough! Lets try again’ and retrigger freespins. Even though the maths is volatile, I wanted to ensure every player will get a big win from the bonus. This helps in player retention as we are almost guaranteeing the player a winning experience. Combined with the simplicity of this slot it will appeal to a large range of player types.

When concocting a new Golden Rock title, do you focus more on the B2B applications or is it all about the player experience?

As a massive slots player myself, it is all about the player experience. I want to take our players on a thrilling rollercoaster ride each and every time they play a Golden Rock Studios game, a big part of that it is ensuing we give each player a positive experience. It is also important to make sure the UI/UX design is intuitive, the player should be able to pick up any slot and start playing straight away, I don’t know anyone who reads the help pages or rules.

Following Volatile Slot’s Q4 release in 2019, what results are you looking for going into 2020 and how will your company strategy be driving these expectations?

Ultimately we want to become the number one slots supplier online, as a minimum we expect to be in the top five during 2020. We have a very aggressive roadmap for next year, with plans to launch 12 slots and a range of table games. By innovating in every game and ensuring the highest standards I firmly believe we can make that happen.

This website uses cookies to improve your experience while you navigate through the website. Out of these, the cookies that are categorized as necessary are stored on your browser as they are essential for the working of basic functionalities of the website. We also use third-party cookies that help us analyze and understand how you use this website. These cookies will be stored in your browser only with your consent. You also have the option to opt-out of these cookies. But opting out of some of these cookies may affect your browsing experience.
Necessary Always Enabled
Necessary cookies are absolutely essential for the website to function properly. This category only includes cookies that ensures basic functionalities and security features of the website. These cookies do not store any personal information.
Non-necessary
Any cookies that may not be particularly necessary for the website to function and is used specifically to collect user personal data via analytics, ads, other embedded contents are termed as non-necessary cookies. It is mandatory to procure user consent prior to running these cookies on your website.
SAVE & ACCEPT